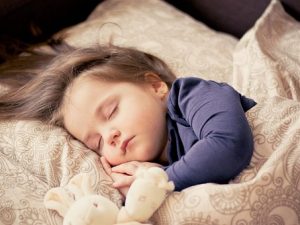 ”It takes me all afternoon to get my toddler to take her second nap. By the time she settles down it’s usually close to 5 0’clock. When she wakes up close to 8, she is raring to go for hours,  so we cant manage a reasonable bedtime”-A Mother’s Challenge.

Late naps are not generally popular with parents, for a couple of reasons. For one, late afternoon nappers often skip the evening meal (substituting a snack when they finally wake)or eat so late that it fuels hours of energy when parents last appreciate it. For another, late afternoon nappers, as you have noticed, tend to be late -to – bedders; their stay-up-till-all hours often leave parents with evening time to themselves.

The steps you’ll need to take in order to adjust your toddler’s schedule- so that her nap and her bedtime fall at more convenient times – will depend on the kind of sleep pattern she’s fallen into:

In some times, the late nap is a boon to a a family’s schedule. If both parents get home late from work, for example they can have a quiet meal together as their toddler sleeps, and can then spend time with her before she is off to bed. If that’s the case in your family, leave things the way they are for the moment.

If not able to move ahead alone I am here, I am your accomplishment partner. Glad to support you and your child and make sure your family is taking deep rest. I care:-)